This really helps against shortages of supply!

Currently, a patient entering a pharmacy can find himself in the following situation: The medicine on his prescription is not in stock. The pharmacist searches the computer, makes a few phone calls – and in the end the patient receives a different medicine with the same active pharmaceutical ingredient (API). The cause of the problem: a shortage in supply.

As a rule, missing pharmaceuticals can be substituted without any problems. Still, every once in a while there are severe shortages in supply – the situation where there is temporarily no alternative for a medicine. This is all the more dramatic when it concerns cancer drugs and antibiotics.

The situation in Germany is tense. Developments in circumstances surrounding the generics market have led to a point at which increasingly fewer manufacturers have to secure the supply with pharmaceuticals for an increasingly larger number of patients.

The vast majority of APIs and pharmaceuticals are no longer produced in Germany or Europe. Instead they are purchased to an increasing extent from manufacturers in India and China. The supply chains in this highly complex industry are vulnerable and susceptible to disruptions – which in turn, as we are witnessing today, can have severe consequences for the supply with pharmaceuticals.

Do we need more production in Europe?

Cost pressures on generic medicines has increased so massively that it threatens the security of supply. More often than not, shortages are the result.

It is crucial that more manufacturers secure the pharmaceutical supply of patients again, as opposed to being shouldered just by a few.

When deciding who wins the bid in the tendering process with a health insurance provider and gets to supply their patients, the lowest possible price cannot be the only criterion. Of critical importance are measures which strengthen supply chains and production sites in Europe.

This requires the commitment of all actors - and on a pan-European level.

What can we do?

To resolve and, if possible, eliminate the causes of this problem, all stakeholders need to take joint action. Manufacturers, politicians and health insurance providers can only reach this common goal by consolidating their efforts towards a more secure and a more stable supply for all patients in Germany and Europe.

If generic manufacturers want to supply patients insured by a specific health insurance provider, they generally have to take part in the respective tender. In these tenders, only the manufacturers who offer the highest discount are awarded the contract. This can be just one manufacturer, or several. If there is only one, it alone supplies all insured persons of the health insurance fund with the medicine in question.

The problem arises when the manufacturer has difficulties in supply or delivery (such as when a supplier drops out or an API becomes unavailable). Oftentimes, another manufacturer cannot step in so quickly; since producing a pharmaceutical from scratch, especially if it was not in the company’s sales portfolio beforehand, is nearly impossible.

Particularly tenders modelled after exclusivity (i.e. only one company secures the entire supply for all patients of an insurance) endanger the security of supply. A study published in 2019 by the IGES institute on behalf of Pro Generika showed, exclusive contracts with only one manufacturer lead to more problems with the ability to supply. In 2017, for example, the number of cases in which a pharmaceutical other than the one discounted had to be issued was three times higher in exclusive discount contracts than in contracts with two or three manufacturers. A summary of the study (in German) can be found here.

Accordingly, tenders for rebate contracts between health insurance providers and manufacturers must include at least three manufacturers. Many stakeholders in policy and care have now made this demand, because only if several manufacturers are involved in the supply can they support each other in case of emergency. 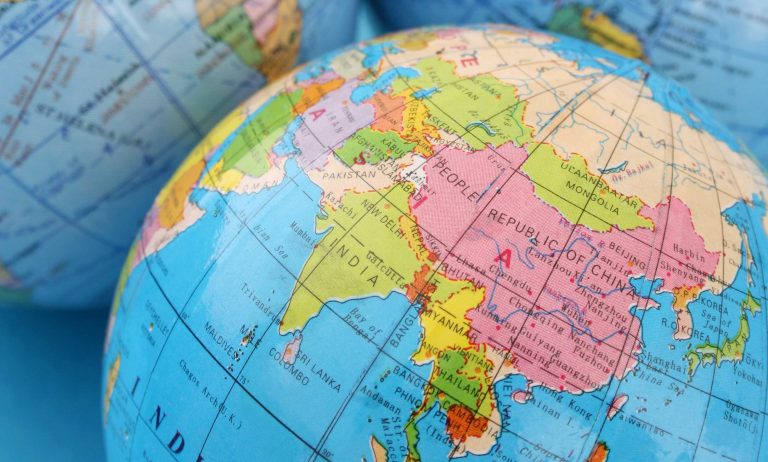 Where do our active ingredients come from?

The Active Substance Study shows where the active pharmaceutical ingredients needed in Germany are produced and how much the market has changed in the past decades.

It must no longer be just about the cheapest price

Another issue is the fact that in tenders, the price is the only criterion determining who wins the bid and thus gets to supply the patients. Since: only who grants the highest discount are awarded the contract.

However, years of cost pressure have significantly and continuously lowered the price paid by health insurance providers to the manufacturers. Today, it averages six cents per defined daily dose (DDD). In fact, although generic medicines account for 78 per cent of the supply of pharmaceuticals, they account for less than ten per cent of real pharmaceuticals expenditures. As recently as 2019, the US Food and Drug Administration Agency (FDA) found that the generic primary care is underfunded and that generic companies in particular lack important economic incentives. A summary of the FDA study can be found here.

The result of this negative price spiral has now become evident: production and supply chains had to become ever more efficient – and this occurred at the expense of resilience. For this to change, more award criteria are now needed in rebate contracts than just the cheapest price.

Measures taken by manufacturers for more security of supply must give them some advantage in the tendering processes. It ought to be remunerated if a company has a second supplier in their portfolio, in the event their first API supplier drops out. It must benefit if the manufacturer also has an active ingredient source in Europe – to guarantee more robust supply chains. And producing in Europe itself - at higher prices - rather than just buying in Asia must be rewarded. All efforts aimed at bringing production closer to local sites or promising sturdier supply chains must be taken into account in the tendering process. This is the only way to make supply chains more robust again - and not just more and more efficient.

We need to strengthen production in Europe

Producing medicines in Europe reduces the problem of sensitive supply chains and dependence on foreign countries.

Especially as the Covid-19 pandemic unfolds, it has become increasingly clear how dependant we are on the pharmaceutical production of other (mostly Asian) countries and how important it is to be more independent in the event of a crisis.

The fact is that European production is no longer profitable in large parts. As shown in a study by consulting agency Roland Berger from 2018, considering the current level of prices, the production of, for example, an antibiotic cannot be operated economically or profitably in Europe at this time.

Therefore, joint action and efforts taken by all stakeholders is essential to halt the migration of pharmaceutical production abroad (mostly to Asia). At EU level, initial steps were already taken: The adoption of the SPC Manufacturing Waiver in 2019 has rectified one of the main obstacles to European pharmaceutical production. Previously, generic companies have been prohibited from manufacturing in Europe before the expiry of the so-called “Supplementary Protection Certificate“  (SPC) – which further facilitated the relocation of production abroad. From 2022 onwards, manufacturers can now produce in Europe what they plan to sell in Europe when the SPC protection expires.

Now policy makers seek to take further measures. Federal Minister of Health Mr Jens Spahn has put the relocation of the production of critical medicines back to Europe on the agenda of the German EU Council Presidency in 2020. Together with the EU Commission, the European Parliament and the member states of the European Union, solutions must now be developed to strengthen the production of medicines "Made in Europe".